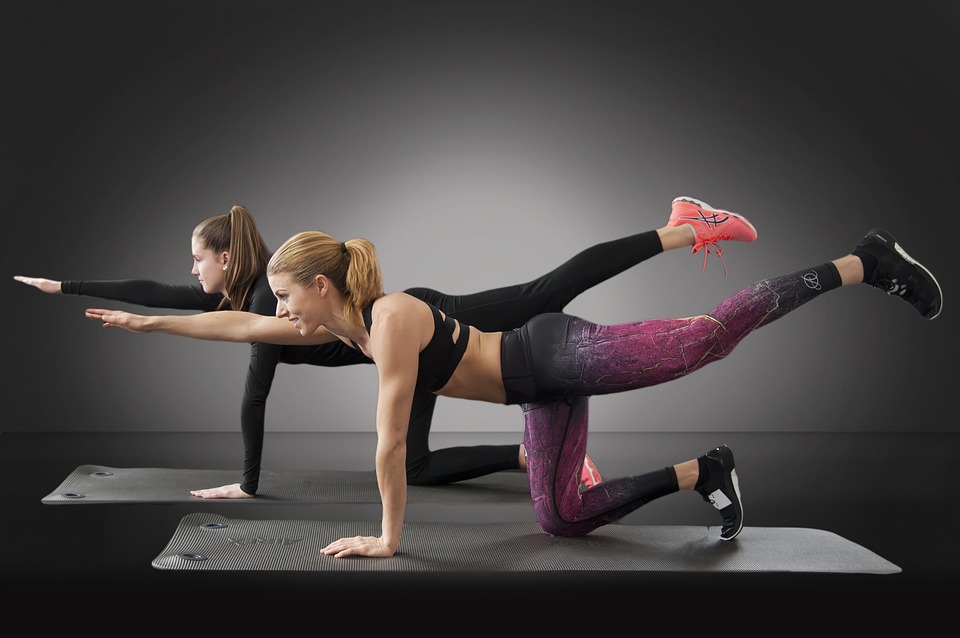 If you are a fitness enthusiast, you probably heard about CrossFit. Whether you are a guy or a girl, and you are amazed by people on the internet, especially photos of CrossFit girls with a sculpted body posted on Instagram, you won’t deny that they are amazing. But how did they do that amazing transformation?

It is natural to admire people’s stories – and their bodies, too – especially if they inspire you to workout. There is no doubt that Instagram is the largest platform for CrossFit, and there are countless CrossFit girls providing their followers with the right amount of motivation to stay consistent with any fitness regimen.

So, without further ado, here are the 40 hottest CrossFit girls on Instagram. And yes, you can follow all of them!

Believe it or not, Brooks is a CrossFit mommy who finished 7th in the Sprint Sled and Sprint Carry events. Representing Miami Surge Team in the GRID league, this strong and beautiful lady is one of the strongest athletes of today.

You have probably heard the moniker “Agerbomb,” but do you who she really is? Well, it is none other than Andrea Ager, who is also a member of the GRID’s New York Rhinos. And mind you, she has a degree in Exercise Science and is considered a successful track & field athlete.

Pagan is not only among the hottest CrossFit girls on Instagram, but she is also a PowerLifter who hails from Puerto Rico. Dubbed as the “Fittest in Puerto Rico,” she is expected to display her ripped bod in this year’s Nationals and American Open.

When you see Abbott on Instagram, you would fall in love with her amazing story. That is because she worked before as a member of a pit crew in NASCAR. She is also an author and a tattoo enthusiast.

Born in Australia, Skye has one of those sweet accents that you would love to hear every now and then. And oh, she is a mother, too.

Heidi Somers is one of the many CrossFit girls with more than a million followers on Instagram. She started going CrossFit classes after moving to Texas. Now she trains CrossFit with her own. The secret to her success? Self-motivation and nutrition – the paleo diet.

After making her first appearance in 2015’s CrossFit Games, Brooke became an instant favorite. She was out for the 2017 season due to an unfortunate neck injury, though. Still, her strong personality and sexy appeal make her worth following.

Hobo is not your typical CrossFit girl. That is because she is a top CrossFit athlete from Brazil. And since 2013, she has consistently remained on the top 100 athletes in Latin America. This is not to mention her 5 Regionals appearances.

Also known as “Iceland Annie,” Thorisdottir is a two-time CrossFit games champion. And she has been one of the hottest CrossFit girls on Instagram since 2009.

If Stage’s 2 million followers on Instagram will not convince you, nothing else will. One look at her and you will know why. She is a walking proof that having kids does not veer you away from a good fitness regimen.

Goulart is definitely among the few CrossFit girls who made it on the top. Her popularity has helped her acquire an advertising career, doing ads for both Nike and Victoria’s Secret.

In today’s fitness industry, Wilderstorm has one of the most recognizable faces. Not only did she make 2 CrossFit Regional appearances, she also became a regular in a TV show called “American Gladiators.” She is even a trainer in the titular “The Biggest Loser.”

Do you want a woman that has a full package of beauty, brains, and brawn? Well, it is none other Foucher. Some of her accolades include, but not limited to, 2 podium finishes in the CrossFit games, 4 Regional appearances, and a full-time Medical Resident. She is absolutely the real deal!

Sidell is the kind of woman you do not want to mess with. Apart from completing a collegiate cross country and track (something she did for 4 years!), she also gained a stint with the National Guard. A true bodybuilding enthusiast indeed!

If you are an avid watcher of the UFC, then you have probably seen Baker there. That is because she is one of the Octagon Girls in the mixed martial arts organization. And when her celebrity life takes a break, she goes through life as a personal trainer.

Are you planning to visit Sweden? If so, then you have another reason to do so – and that is because of Nystrom. This CrossFit girl is known for building her own brand from scratch. She has also been featured in numerous fitness magazines.

Agdal is the type who can easily cross the gap between a fitness model and a CrossFit enthusiast. She walks the talk unlike many would-be fitness celebrities out there. There is every reason why she is part of this hottest CrossFit girls list.

Hailing from Europe, Hulda is an Iceland beauty who is also another CrossFit mom. But make no mistake, she is a national Olympic weightlifting champion and a European Regionals athlete. Above anything else, she acquired a PhD degree in Engineering.

In case you did not know, Bazinet is a Crossfit cover girl. This talented Canadian powerhouse achieved success after winning the Reebok CrossFit Games. She also became the Fittest Woman on Earth. No wonder she is on the top chart in the world of fitness.

This 4-time California CrossFit Regionals competitor is a real badass beauty. Her consistent appearance in the top 500 female athletes in the whole USA is proof to that. She is one of the hottest CrossFit girls worth following.

Perez is considered as one of today’s powerful figure in the world of CrossFit. Apart from gaining numerous brand sponsorships, she also managed to compete in the Regionals 5 for 6 years. She uses her fitness journey in empowering women across the world.

Odinsdottir is perhaps among today’s hottest CrossFit girls who have a background in gymnastics. But what really made her popular is her powerlifting prowess. A certified Phoenix Rise GRID athlete, Odinsdottir became Europe’s 2nd fittest women during her rookie year.

If you are wondering who among this list has the nicest of personalities, Tovar is definitely included. Not only is she a 5-time CrossFit Games competitor, she is also one of the most inspirational athletes to have ever embraced the world of fitness.

Although Fisher is one of the youngest games athletes, she has been battling in the elite competition stage since she was only 20 years old. Included in her resume are 3 Games appearances and 5 Regionals, accolades that make her a prominent athlete in the field of CrossFit.

Coughlan is a longtime favorite. This Instagram star hails from Australia and ranks top 10 in 4 of her 5 CrossFit Regional appearances.

Rogers began her CrossFit journey at a young age of 17 years old. Shortly after, she started gaining multiple wins in various National Weightlifting tournaments. This Olympic weightlifter has the right amount of passion.

Zaia is one of the most popular CrossFit coaches in Brazil. A 2-year CrossFit Team competitor, she represents Latin America and is also a bearer of Brazilian beauty.

Jacoy certainly made a name out of herself. Not only is she a world-class CrossFit Level 2 Coach and competitor, she is also a NSCA coach. And since 2015, she has consistently ranked in the top 75 in CrossFit Open Tennessee.

Graham has one of the remarkable passions in the world of CrossFit. This model and athlete is a real beaut, and her experience in multi-sport made gave her a spot in the top 60 in the US North East. And mind you, it is a title she continues to hold for the last 5 years.

In the year 2013, Pope surprised the world of fitness after finishing top 2000 in the ever-popular CrossFit Open. This sexy coach and Olympic weightlifting competitor has become a YouTube sensation.

Remember when this list mentioned about the hottest CrossFit girls on Instagram? Well, here is Lucas proving that. This beautiful lady from France achieved popularity after ranking 61st in the country’s CrossFit Open. And since then, she has quickly built a loyal following.

Phillips’ is the type of girl who can easily make you fall in love with her beauty and rocking bod. And if you are looking for a daily dose of WOD (Workout of the Day) videos and inspirational quotes, you definitely need to follow her on Instagram.

Hughes has a lot of achievements to showcase, including being a British Weightlifting Coach, Level 1 CrossFit Coach, and Nutrition expert. More importantly, she was able to finish 3rd in the 2016 CrossFit Team Games, not to mention her most recent achievement: the Commonwealth Weightlifting Champion.

Seriously, not adding Cho in the list is a crime. She is, after all, one of the most sought-after CrossFit girls on Instagram. This 4-time CrossFit Games athlete hails from Northern California. Since 2012, she has placed herself in the top 250 athletes worldwide.

If talking about being the most successful CrossFit athlete of today, there is no doubt Davidsdottir is arguably the best example. She won the CrossFit Games not only once but twice, in 2015 and 2016. She even achieved the podium in 4 out of 5 Regionals. This girl is absolutely passionate in her CrossFit journey.

Although Shadburne is a new face in the CrossFit world, she proved herself worthy thanks to her background in bodybuilding, gymnastics, and triathlons. These experiences gave her one of the sport’s hardbody form.

Gaining over 600k followers on Instagram is proof that Bisk is one of the hottest CrossFit girls on the platform. This Australian goddess is not only a gorgeous CrossFit coach, but she is also a physiologist and yoga instructor. Her daily posts will make you want to sweat out and achieve that good-looking bod.

Ho is one of the few CrossFit girls who are known for promoting body positivity. This certified fitness instructor is also a love of Pilates, inspiring at least 1.3 million Instagram followers. She is also fond of posting healthy food recipes – and adorable animals because why not.